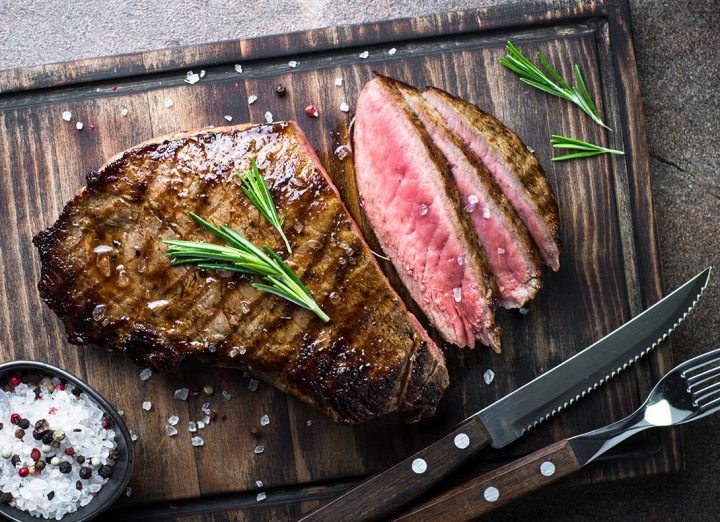 With the way cleared for development of a new abattoir on King Island in Australia’s Bass Strait, a vital piece of the King Island Beef brand story is coming to fruition.  And that story is essential to ensure growth in the global premium restaurant and hotel market.

Australian produce has an enviable reputation throughout global markets, and to ensure its continued prestige, it’s critical that the provenance of the brand is protected.

However, the process is often challenging. There are multiple points for potential failure and many steps in the supply chain to move food from farm gate to overseas plate.

Whether it’s due to inadequate handling processes or more malicious and fraudulent intentions, the outcome of damage to brand reputation can be significant and extremely difficult to overcome.

When that reputation is the provenance on which entire industries or even nations rely, the fallout of a single failure can have far-reaching economic consequences.

According to EAT Group director Phil McFarlane, the key to reducing such risks is to maintain visibility across the complete supply chain.

“It’s not always possible to control what happens when a product moves beyond the source,” Mr McFarlane said.

“That’s particularly the case when you’re dealing with fast moving, high turnover commodities. But if you can identify niche opportunities with select markets and take control of the supply chain, from involving farmers through to packaging and marketing, then building and controlling the brand becomes far more feasible.”

Such is the story of King Island Beef, EAT Group’s project taking ultra-premium cuts from the source to high-class hotel and restaurant tables around the world.

“The beauty of King Island is that it has 112 farmers producing beef cattle and we have contracts with 70 per cent of them to supply the abattoir,” Mr McFarlane said.

“We’re not talking about slaughtering 1,000 head of cattle a day – in fact we’re only targeting 35,000 head a year and that means we can maintain strict quality control over what’s being provided, how it’s being handled and how it gets to market.

“In other words, we’re not looking to compete with the commodity market that supplies supermarket chains or exports lower grades of beef in great quantities, so we have the ability to maintain far tighter control of the supply chain.”

Mr McFarlane says the first important factor – and a vital part of the provenance story – is King Island’s tranquil environment and favourable climate.

“King Island’s average rainfall is 850mm-plus, there’s no frost, temperatures remain quite consistent and there’s plenty of rich, green pasture, so nature has already taken care of the first part of the story,” he said.

“Our business model involves grading every animal when it’s processed and paying royalties to farmers based on the grade, so it’s in their interests to ensure they are producing absolute premium quality cattle.

“We will also process cattle within a few kilometres of the paddocks in which they are reared, so the stress associated with live shipping is removed, as are the transport costs to farmers.”

Following processing, premium cuts are cryovac packaged with an encrypted barcode lasered on to the packaging. Boxes into which each package is placed are also bar-coded, as are the pallets on which they are loaded.

A tracking-app is also provided to stakeholders at each step in the export chain so the product can be traced from its final destination back to the source.

The target for King Island Beef premium cuts is 75 per cent export and 25 per cent domestic sales, almost entirely to restaurants and hotels.

“There are so many facets to the King Island Beef story that combine to create a compelling marketing proposition,” Mr McFarlane said.

“It’s not only the unique and pristine location, or that there’s a carefully controlled gate to plate supply chain in place.

“One of the most favourable aspects is the fact this provides a sustainable, long-term and most likely highly lucrative future for King Island farming families.

“When you put all those things together, you have a particularly positive Australian brand provenance story capable of establishing and maintaining a significant presence on the world stage. What we take for granted is what others in the world envy and this is a way of giving them a taste of our premium produce, direct from the source.”