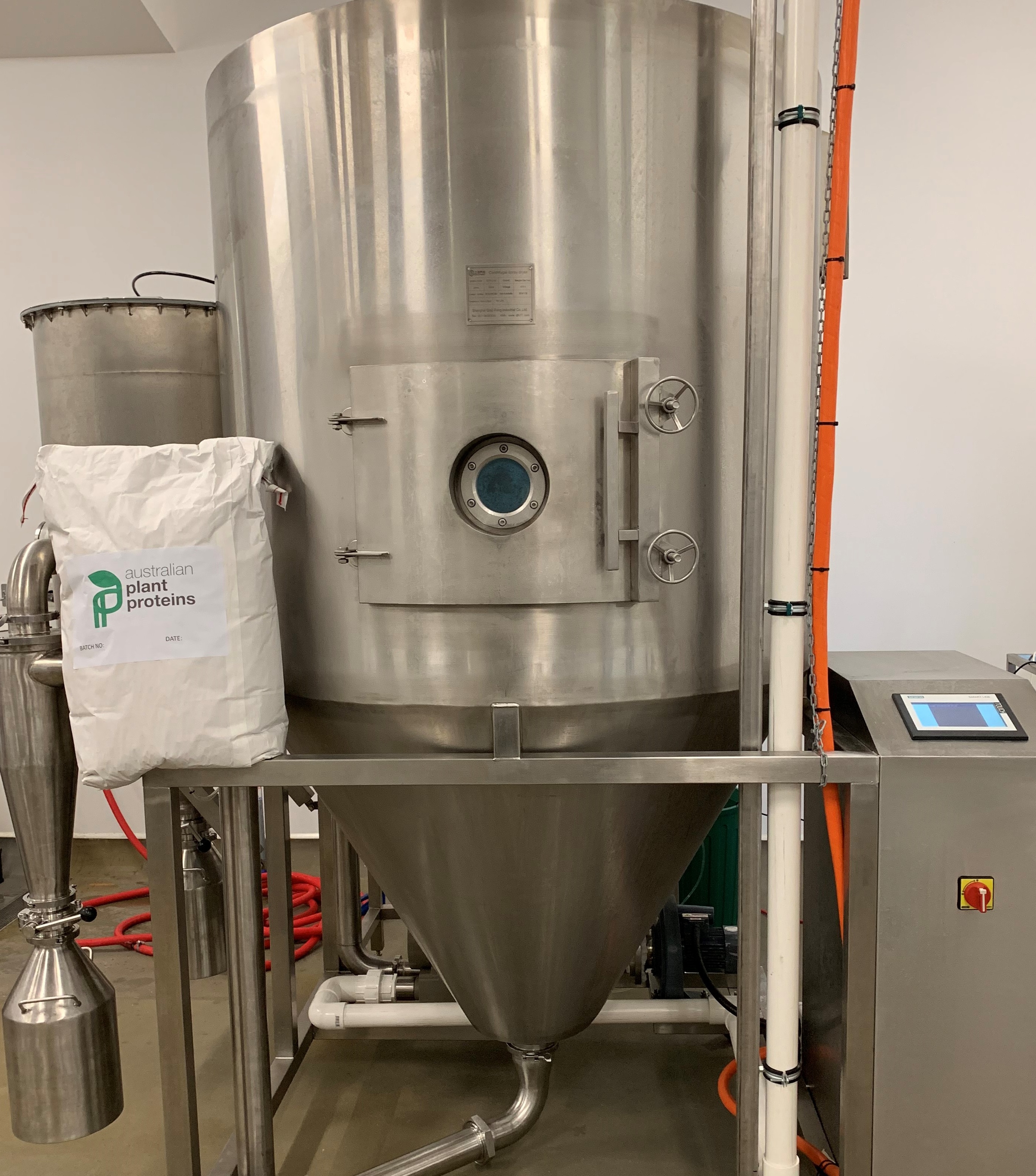 Australian Plant Proteins (APP) will begin the $20m fit-out of its plant at Horsham in Victoria’s Wimmera region, with commercial production due to commence in the first quarter of 2020, after securing investment from Melbourne based Scalzo Foods.

APP, formed by investment firm EAT Group in 2016, has developed a proprietary extraction process for pulses to create high-protein powders which can be used across a broad range of food and beverage categories.  The company already operates a small production and R&D facility in Werribee in Melbourne’s west.

Company director and co-founder Brendan McKeegan said the investment from Scalzo Foods provided both the capital and distribution capabilities to meet APP’s target of full commercial production in early 2020.

“We welcome the investment from Scalzo Foods, which is a highly respected, family-owned and run food manufacturing business with operations in Australia and New Zealand,” Mr McKeegan said.

“APP’s process yields an extract containing more than 85 per cent protein. This is far higher than many other alternative protein sources and, combined with favourable sensory and taste elements, has enabled APP to generate significant local and international demand for the product as a key ingredient for a range of foods and beverages including meat alternatives, protein bars and shakes, snack foods and non-dairy beverages.

“Since we created this business, the global demand for high quality, alternative sources of protein has exploded off the back of people’s desire for greater sustainability in the development of the food and beverage products they consume.”

APP’s initial focus for commercial manufacturing will be on faba beans, which are commonly used by grain growers as rotational crops to replenish nitrogen in soil.

“This is a great story at both ends of the food supply chain,” Mr McKeegan said.

“For farmers, we create an alternative to the global pulse and legume commodity markets, while for consumers we generate a value-added food ingredient which is 100 per cent grown and manufactured in Australia.”

Scalzo Foods Managing Director Michael Scalzo said plant proteins were a vital mix in Australian agricultural food production and APP provided an ideal investment in value-added manufacturing of a commodity that is grown in abundance in Australia.

“Plant proteins are becoming increasingly important in global food supply chains, not just to cater for increased popularity of vegan and vegetarian preferences, but as a sustainable option to feed the world’s growing population,” Mr Scalzo said.

“It also provides a viable and immediately available secondary income stream to farmers who use pulses and legumes as a vital part of rotational cropping.

“Most importantly, it is vital for Australian businesses to develop these value-add industries to establish our reputation as an innovative and significant provider of food and high quality ingredients to global markets.”